Starting with issue 19 I join Matt Fraction as co-writer on Punisher War Journal. Art by the legendary Howard Chaykin. 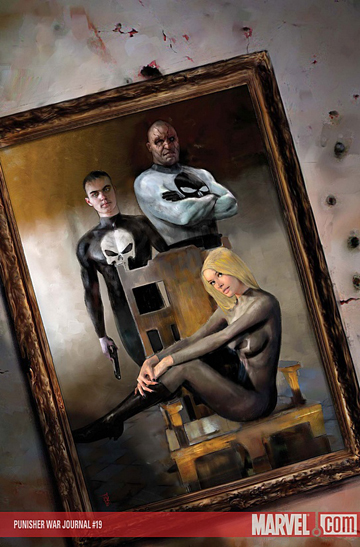 PUNISHER WAR JOURNAL #19
Written by MATT FRACTION & RICK REMENDER
Penciled by HOWARD CHAYKIN
Cover by Alex Maleev
All the players are assembled…the stage is set…the lights are lowered…and a conspiracy 18 issues in the making begins. This is it: the ultimate revenge saga as designed and engineered by Punisher’s arch-rival, Jigsaw! He’s killed off the loose ends from Frank Castle’s life before The Punisher; he’s replacing him on the streets with a leaner, meaner psychotic; and now Jiggy’s taking out everyone and everything that Castle holds dear and framing him for it. And this is just the bloody beginning…Written by Matt Fraction and Rick Remender, with art by Howard Chaykin. 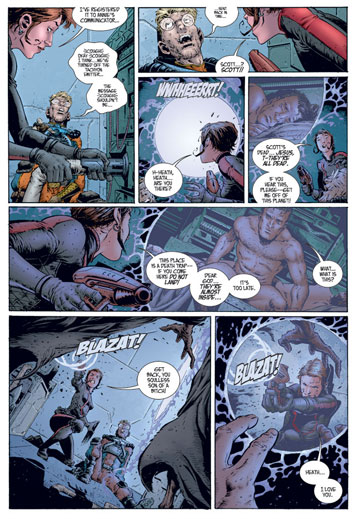